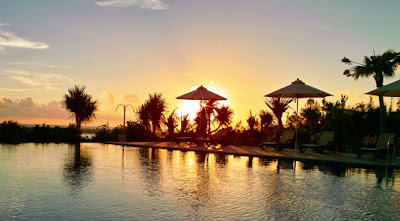 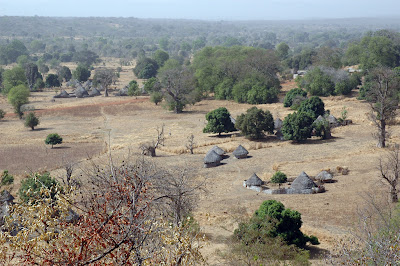 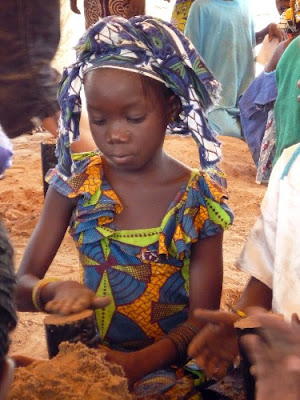 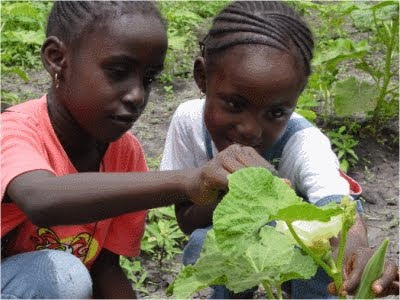 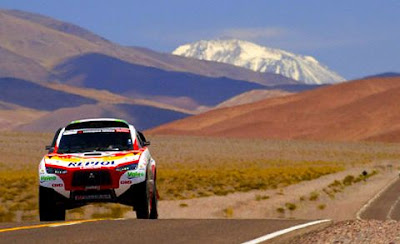 Tourism is thriving Senegal - this fact is known by experienced travelers: the Dutch, Germans, Englishmen, but most of all - the French. Here, in its former colony, they are coming in clusters. Now the independent Republic of Senegal has kept as the official language French, however, in a country whose economy is the income from tourism is second only to exports of marine products and fish place, say on virtually all languages.
What is Senegal? If Tunisia - is generally accepted European exotics, and South Africa - an exotic Europe, Senegal - this is just what the middle. A stable political environment, mild climate (average annual temperature of 25-27 degrees Celsius), caressing the eyes of a European landscape diversity (tropical forest, African savannah, mangroves), the present flora and fauna, and even then, without which they think a good rest 99, 9% of tourists: the development of chain and 600 km of Atlantic coastline with white sand. The rainy season which lasts from late June to October, in no way interrupts the active tourist life in Senegal. The only thing denied at this time to vacationers, it is the possibility to go on safari, as well as take part in races on bikes or jeep - road washed out.

Moscow - Dakar. Paris - Dakar
The famous road marathon. Perhaps that is all that is known to the average rossiyaninu the capital of Senegal. But this is not its main attraction! And you must make sure that, because even with the obsessive desire to immediately plunge into the African wild life pass Dakar (with its international airport) you will not succeed. Yes it is to anything: there is much to do and what to see, including exotics. So, Dakar. Around 55 hotels, 75 restaurants, 20 bars, 9 discos, 4 casinos. All this, according to experts, accompanied by almost European service. According to those same French hotels, you can choose for every taste and purse, but seduced by the cheap rooms should not: they are clearly no climate control.

Judge for yourself:
Auberge Rouge - double rooms cost about 15 euro. Warm water and a fan.
Al Afifa - from 50 euros per single room and 56 - for a double, suites - from 70 euros. Climate control in the rooms. Warm water. TV. Pool.

To protect themselves from the meeting with a fan instead of climate control (in a hotel with a proud name Continental, for example, air conditioners have only 15 rooms of the 22's), his gaze is drawn to the business-class hotel: double room at Novotel or Sofitel Teranga will cost from 114 euros. However, many inexperienced tourists prefer to rent the vacant houses, and travel around the country to rent a car. Following the advice of the same French, take solar-ocean baths, too, should not be getting any where. Best beach - this is, perhaps, Les almandine, located 20 minutes drive from Dakar. By the way, Les almandine not just beach and resort area with hotels from two to five stars. Their owners - French and Italian hotel system, so you are guaranteed world class service and, importantly, a decent kitchen.

Among other places "coastal recreation" Keep in mind the private beach of Sunugal and tiny - only 100 meters - the beach near the Club Med in Ngor. It is very quiet, very quiet place, protected from waves and with a truly luxurious restaurants. Not far from the airport is located opposite the beach, famous for its regular and considerable waves: Le Virage - a real treasure for surfers.

Pink Lake
An hour's drive from Dakar is located another world-famous " wet seat "- Pink Lake. It is really pink, but in windy weather - almost red. This shade attaches to water, alumina, which, they say, helps with diseases of the joints. Famous Pink Lake and the fact that the level of salt in it than in the Dead Sea, so that its waters can just sit there. Compared with the center of this quiet and peaceful. The lake is surrounded by high sand dunes, which complements the picture of solitude. It is not clear why this is the place chosen for the finish of the famous annual car race.

Night
Most of tourists, if taken some privacy, as a rule, again, want the feast of life. Dakar and adapted for this purpose: the experts of the local nightlife advised to look closely to such clubs as the perfect Le Tropique Club, Le Sahel - the oldest club in the city, where every month supports the Senegalese star style mbalaks Tion Ballago Seck, a youth club La Dune, as well as institution in downtown Le Yaka, where in the evening local music sounds originating from the nearby islands. Particularly fashionable places - a nightclub and disco Hotel Independance L'Obox, which likes to hang out rich Senegalese youth mixed with the Europeans.

Exotics
The main Dakar's home exotica - is its market. Do not be afraid. Markets in Senegal have nothing to do with Taiwanese-Chinese low-cost deposits and a variety of laces (although avoid it completely failed to have any market in the world). Tourists walk on the Senegalese market is not for this. Please be patient, hover help and - forward: slippers from the skin of iguanas, bag leather cobra, the famous Benin bronze figures cast and some ingenious musical instrument - that's over than you need to hunt. Walk, think, ask the price. bargain for a while, in the end - the market still.
But the capital is the capital. Worth it to go this far, to spend the evenings in the clubs and days - on the beach?

This Africa, gentlemen, it's national parks. Biggest - Delta du Saloum and Niokolo Koba. If the question arises, what to choose, to prefer the latter. Niokolo Koba - 900 thousand hectares of land with elephants, lions, buffalo, panthers, monkeys, antelopes, hippos, crocodiles and other animals. To go round and see it all in real time, require a minimum of three days. And if someone will speak the voice of the ancestors, then a license you organize this African hunting (though you can only hunt on certain animals - lions and antelopes). If someone is not enough, go to the Casamance region: for a fee you organize the hunt for crocodiles. Another "decoy" of Senegal is fishing. Practically all the hotels of 4 stars has a fishing club with a boat. There are even more pure "fish" hotel designed specially for tourists, fishermen. The first three training fishing with an instructor, as a rule, free. And then people vestibular apparatus which withstood high-speed travel by boat to the open ocean, "sit down at the bait" and already can not live without the blue marlin and other sardines, which have little to themselves on the hook for climbing, so are rather big and sizes. It is clear why Senegal regularly hosts international competitions for catching sea fish.
Posted by Sharon Hall at 12:18 AM