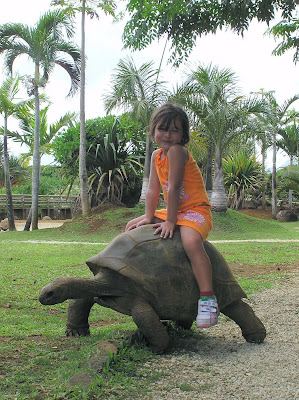 In Zanzibar are opened 2 new 5-star hotel - Bawe Tropical Island and Changuu Private Island Paradise (Prison Island). The first is located 10 km west of Zanzibar town. It offers 15 exclusive villas in the traditional style makuti, situated on the shores of the Indian Ocean. The second is located 6 km west of Zanzibar. All 15 hotel cottages are located in remote places. It overlooks the ocean.


In the southwestern part of the island is the former Quarantine Area built in 1931. The main attraction of the island - is the ruins of the former prison, in 1893, rebuilt after its destruction. Currently, the building houses a museum and an extensive library, as well as the frequency of cultural and musical events, reports Africana.ru. Tourists staying in Changuu Private Island Paradise have a unique opportunity to observe local "people" - hundreds of giant sea turtles Aldabra, which appeared on the island in 1920. In addition, tourists can visit the Turtle House, home of the giant tortoises Defense Fund, which provides care for these rare representatives of the ancient reptiles.
Posted by Sharon Hall at 11:32 PM No comments:

Nairobi - "the city under the sun"? 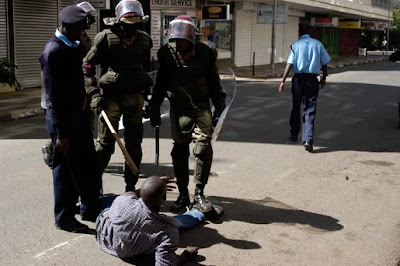 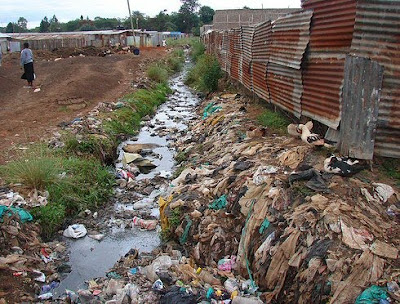 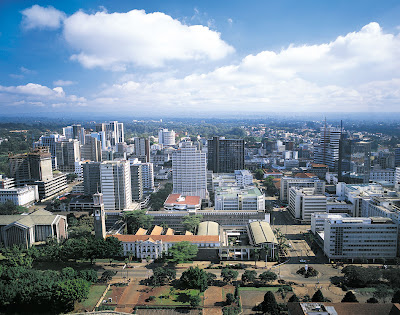 Once one of the most prosperous and beautiful cities in Africa, "African London" - the capital of Nairobi, Kenya - was considered, alas, to be one of the most dangerous on the continent. The verdict could not be believed, if he had not been made by the UNO.

United Nations Centre for Human Settlements (Habitat), whose headquarters is just located in Nairobi, found that the Kenyan capital for the level of crime came out on top in Africa. According to the report "Crime in Nairobi today," prepared for the survey of more than ten thousand people, 37% of the capital inhabitants of Kenya reported that were the victims of robberies and 22% went through thefts and 18% - felt under attacks.

In the majority of robberies was used violence, resulting in 40% of victims were injured. Against women were often used fists, against the men - edged weapon. Regarding entrepreneurs, one third of whom admitted that they was robbed, almost 80% of crimes were committed using handguns and machine guns.

The poll found an extreme distrust of Kenyans to the police. Residents of the capital believe that the guardians of order, are directly or indirectly involved in every third crime. Among those crimes which, according to respondents, are committed by people in uniform, appear bribes, collusion with criminals, and even personal involvement in robbery and looting. Furthermore, Kenyans do not like the police readiness to open fire at the slightest suspicion. The average law enforcement officials are targeting at least 200 people, not all of whom are guilty of violating the law. In the category of those who promote the growth of crime, and flooding hit the city streets with street children.

The crime rampancy has led to the fact that residents of the Kenyan capital of all rarely come to help the victims. According to the poll, 60% of the involuntary witnesses to the crime pretended not to see anything.

Not surprisingly, the majority of the population Nairobi did not feel safe even in their own home. For example, 75% said they are afraid to stay home at night, and half - even during the day. Nearly all strongly rejected the possibility of a walk through downtown after dusk.

Even in the 80 years of Nairobi was considered a relatively safe place and in tourist guides poetically named "the city under the sun". In recent years, Nairobi "fights" for the title of crime capital of Africa with South Africa's Johannesburg and Lagos in Nigeria. Kenyans are increasingly called hometown Nayrobberi, forming a neologism from the name of the capital and the English word "robbery".
Posted by Sharon Hall at 1:23 AM No comments: 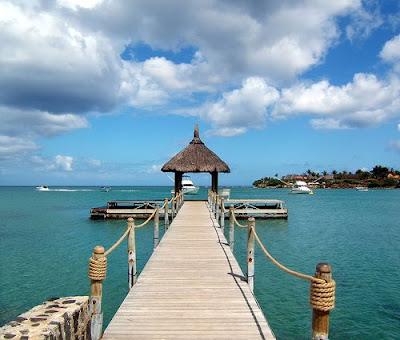 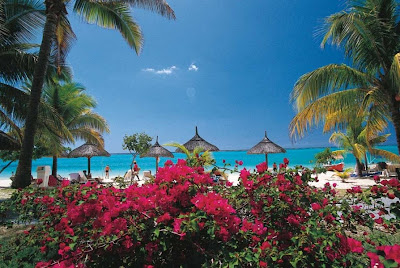 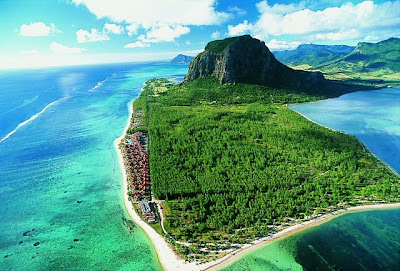 For those who are not strong in geography: the island of Mauritius - a small island in the Indian Ocean.

On the island there is no industry. No industrial giants - not at all. On the island of Mauritius there are only sugar cane fields (this is the main source of income for the island) and tourism. Moreover, intelligent Mauritians specifically restrict the development of tourism: the island should remain a special place rent. And, in general, they know what they do. After all, on the island of Mauritius for the pleasure of tourists provided absolutely everything: beautiful beaches are waiting for you, magical lagoons, luxuriant vegetation, majestic mountains.

Mauritius is replete with treasures of nature and architectural monuments. This is one of the most pleasant impressions of the island of Mauritius keeps the hospitality and cordiality of Mauritians. For centuries, residents came here from all continents. Today on the Mauritius live Creoles, Indians, Pakistanis, Chinese, Madagascarians, Africans, Europeans. They brought with them their customs, language, religion, who are trying to carefully observe. So in the holiday calendar Mauritius Hindu holidays are replaced by Muslim, Christian, Tamil, Chinese ... Despite this all on the island of Mauritius Mauritian form a state, linked Creole language and dance Segal. So if you're desperate to meet the world's people live outside the racial or religious belief in peace and harmony, - go to Mauritius!

Mauritius forever conquer you a cocktail of unusual experiences and sensations, whether the distant mountain trail or a secluded beach. Spells of India are combined with a transparent blue lagoon abundant Creole markets with their intoxicating scent - with an amazing variety of underwater fauna, mysterious forests, rare plants - with a chic hotel.
Posted by Sharon Hall at 12:17 AM No comments: