Luxor, a city on the site where a few thousand years ago was the capital of ancient Egypt - Thebes. This and a number of various antiquities, which attract millions of tourists. Generally ancient Thebes consisted of two parts - the "city living", where the pharaohs ruled, and "City of the Dead", where they were buried.

Statues of Amenhotep III. Earlier they were standing in front of the funerary temple of Pharaoh, but for three thousand years, the Nile washed away the temple, and statues themselves in the 27th BC damaged by the earthquake. One statue obtained from cracks in the ancient world has earned the reputation of a "singing", so that even in those years here were pulled crowds. 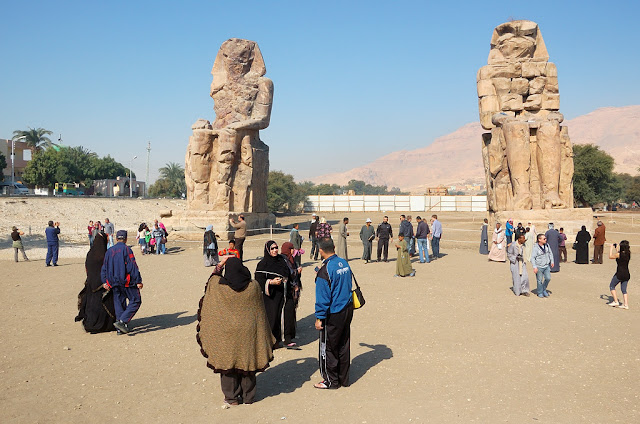 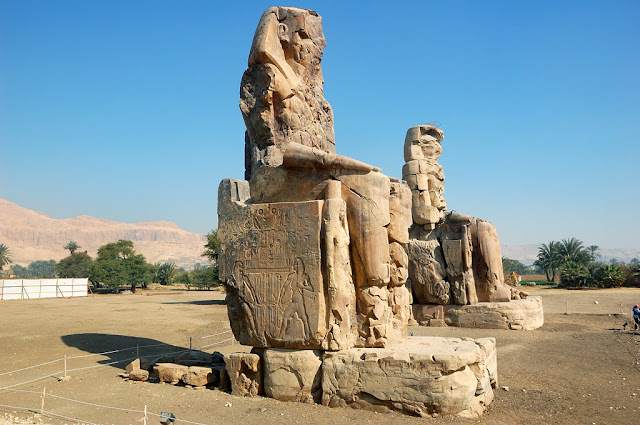 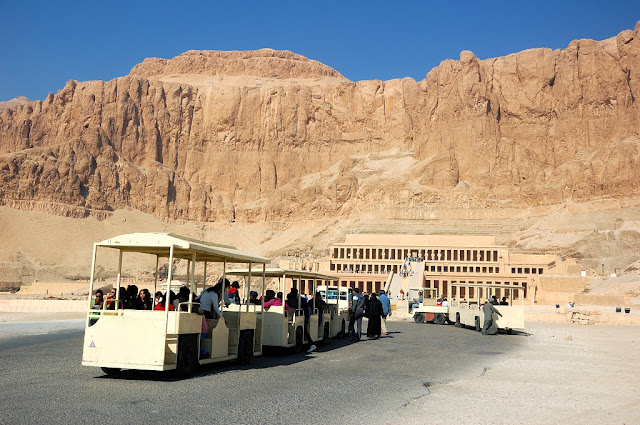 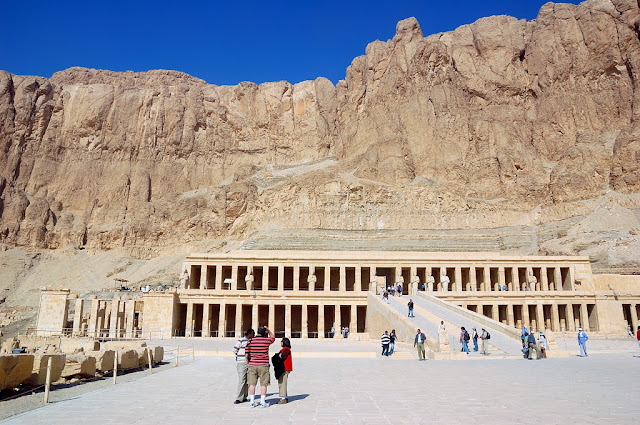 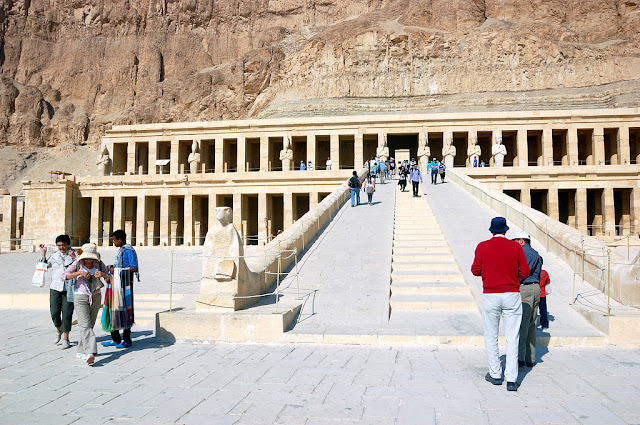 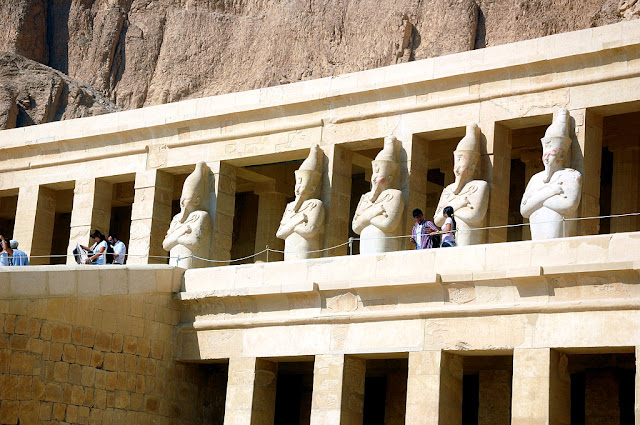 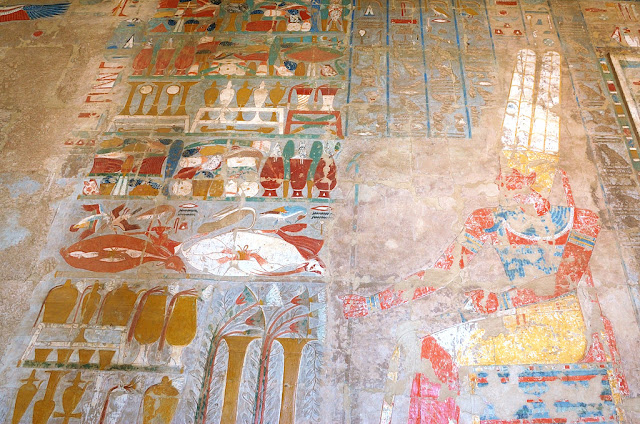 The view from the temple in the neighborhood 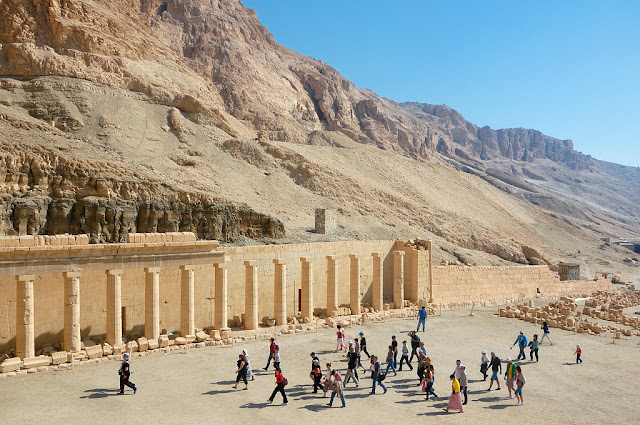 Valley of the King It is a place where thousands of years buried their dead pharaohs. The most famous is the tomb was discovered the tomb of the pharaoh Tutankhamun, discovered in 1922, together with all the gold ornaments. All other tombs were looted long ago. What is interesting, as it now appears, looting engaged contemporaries pharaohs. They simply bribed officials, who had to watch the graves, and were left there to dig the treasure. 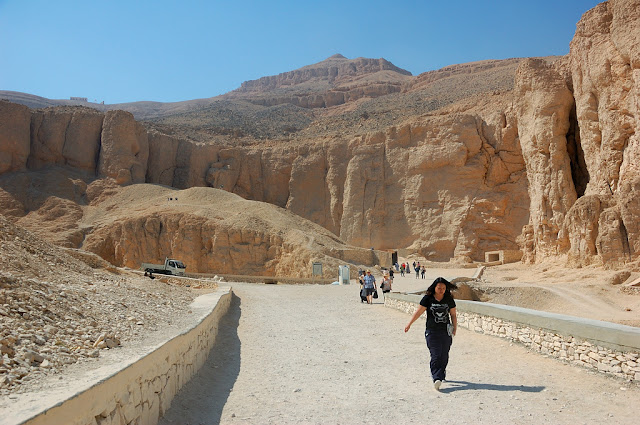 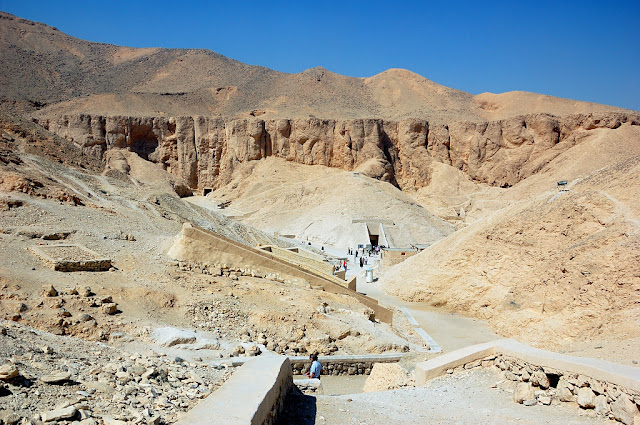 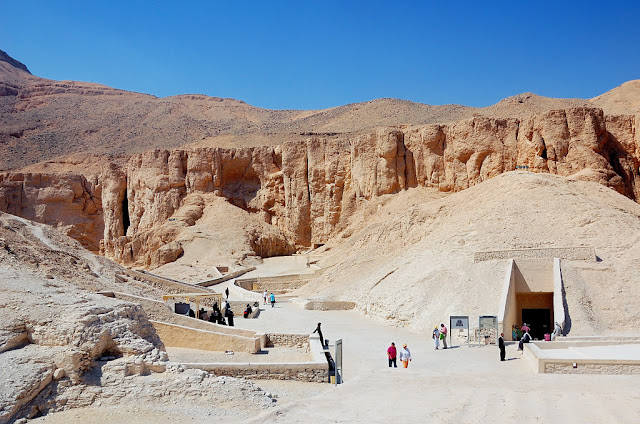 The last point of the program - funerary temple of Ramses III - Medinget Abu. The temple is quite well preserved, and is particularly well preserved inscriptions on its walls depicting the attack on Egypt some "Sea Peoples" and the victory of Ramesses III over them. 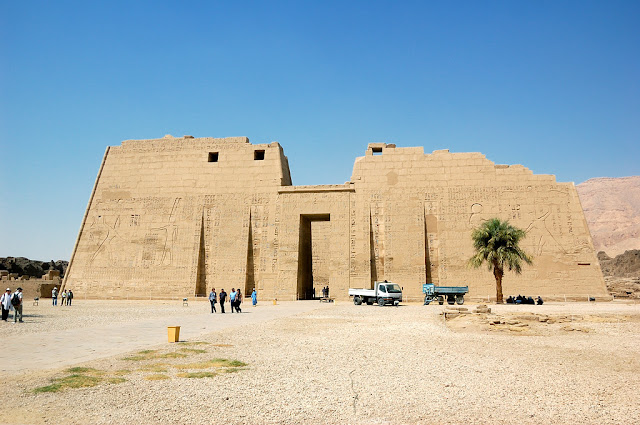 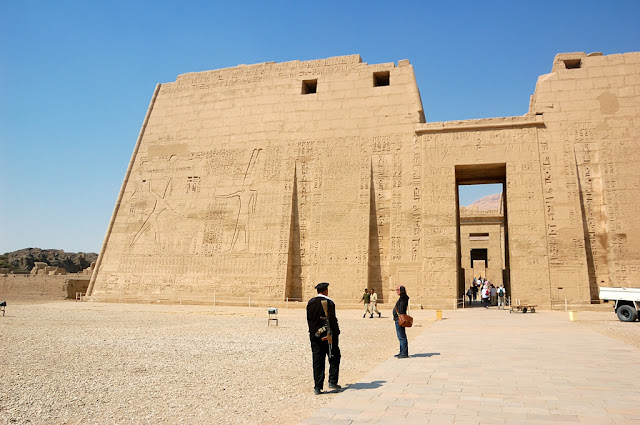 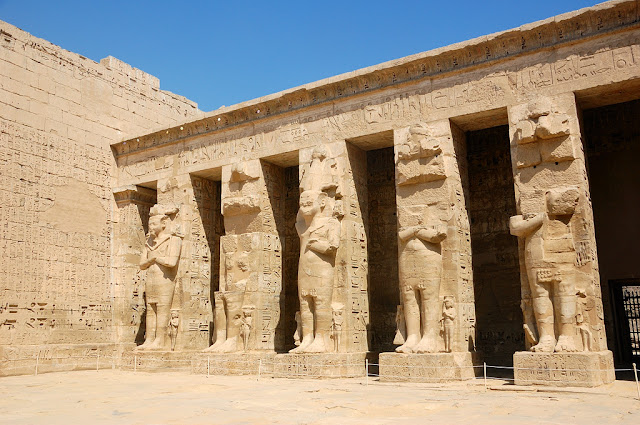 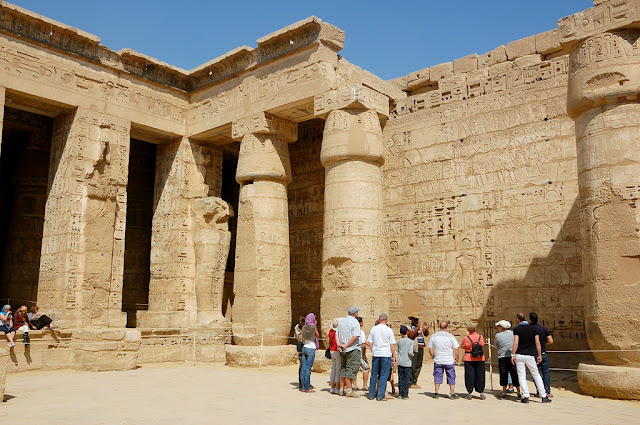 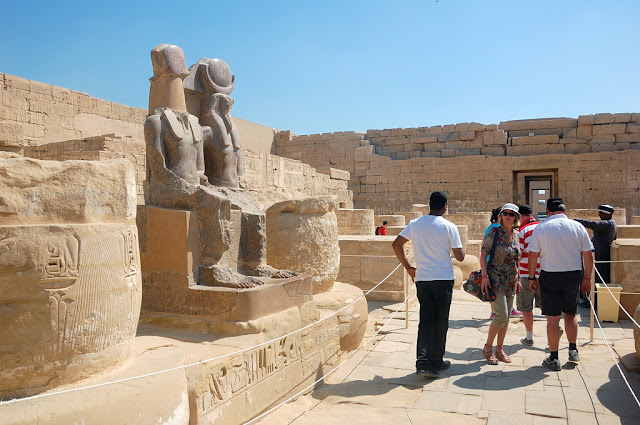 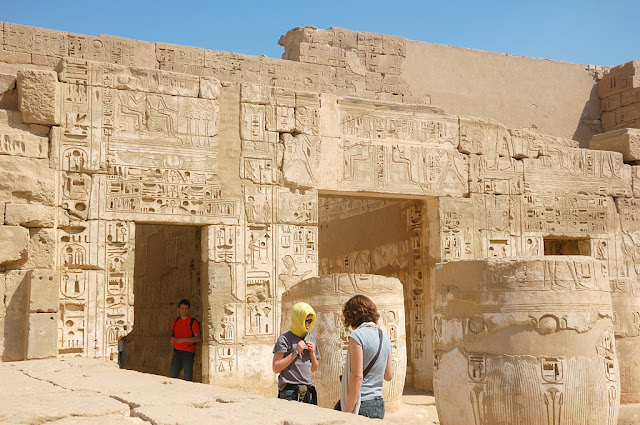 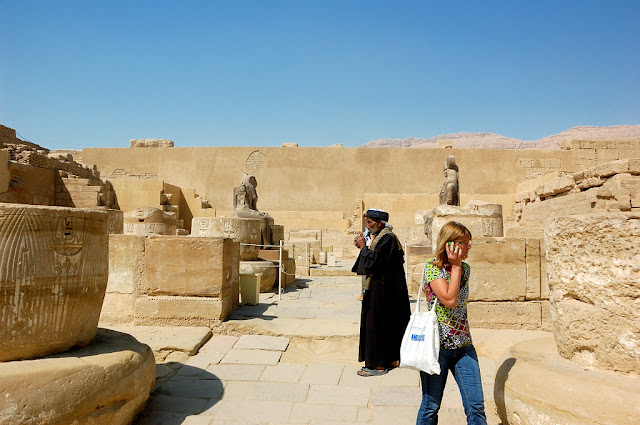 Posted by Sharon Hall at 4:45 AM No comments: