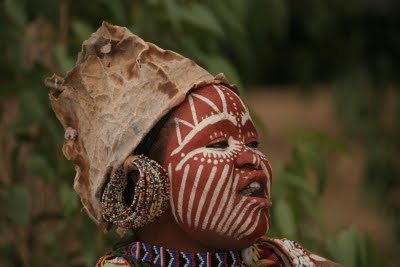 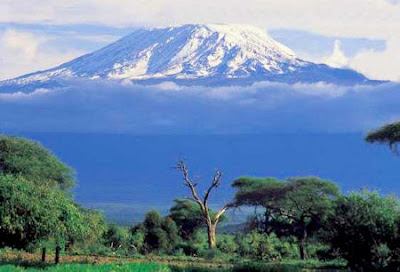 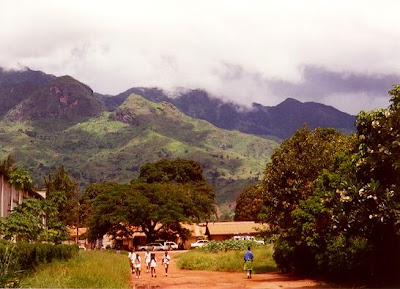 Holidays in Tanzania will give you everything you have ever dreamed of: an incredible adventure, "barefoot paradise of tropical islands, a rich diversity of the underwater world, an exciting climb the highest mountain in Africa - Mount Kilimanjaro and the best in the world safari. Tanzania for adventurers -
undoubtedly one of the most beautiful and intriguing country. Holidays in Tanzania will not disappoint you.
Tanzania - is the leading country on safari in Africa. The most prestigious trophies in places where hunting is permitted, the animals are so-called Big Five: lion, leopard, rhinoceros, elephant and African buffalo. Tanzania - an ideal venue for various types of safari due to the fact that a significant part of its territory includes national parks and reserves with a diverse wildlife and flora.

Sizeable proportion of the territory of Tanzania (about 33660 sq.km) is the National Parks and Reserves. In the north of the country's most famous plains of Serengeti National Park, Ngorongoro conservation zone, as well as Reserve Tarangire. Lake Manyara National Park has about 340 species of birds! The main point safari in the south - the largest in the world Selous Game Reserve. And the queen of Tanzania -is of course, the mysterious Mount Kilimanjaro.

Tanzania - UNESCO world heritage
On the territory of the protected zone is preserved the ancient amphitheater Ngorongoro Crater - a place a huge explosion of the volcano. This unique crater resembles Noah's ark, because here in abundance inhabit a variety of animals. Ngorongoro Crater is included in UNESCO World Heritage list and carefully guarded.
UNESCO protects nearly a quarter of the territory of Tanzania - the official tribute to the marvelous richness of its nature.

Tanzania - the cradle of humanity
Olduvai Gorge - the richest in the world of archaeological excavations of the prehistoric period. Here is kept a mystery of origin of human life on Earth.

- Tanzania - a collection of geographic giants
In Tanzania are the highest mountains in Africa - Mount Kilimanjaro (5895m) and the three largest lakes in Africa: Victoria (the second largest freshwater lake in the world after Lake Superior), Tanganyika (second on the depth of freshwater lake in the world after Lake Baikal) and Lake Malawi. And also in Tanzania are the largest in the world Selous Game Reserve (25744 sq.km) and the largest in Africa, Serengeti National Park, where dwells the most numerous and diverse wildlife.

- Tanzania - an amazing phenomenon of the annual migration
Perhaps such glory safari in Tanzania has received with the annual migration of herbivores in the Serengeti. Every year, before the onset of the rainy season, about 2 million hoofed animals rush to the Serengeti plains to the north, in the Masai Mara. And behind them pursue the watchful predators and scavengers. When correctly matched the time of your stay in Tanzania, you can become a witness of this amazing, overawe the spectacle.

Safety
It is not recommended to visit Tanzania from March to May, when heavy rains at high temperature creates a very uncomfortable environment for the Europeans. Also during this period dramatically increases the risk of malaria and gastro-intestinal diseases.

In areas of reserves are operating well-armed gangs of poachers, which constantly struggles. Crimes related to drugs, are fairly common in Zanzibar and in provincial areas. Do not display expensive photo-and video equipment, valuables or documents. Avoid walking alone at night on the streets. Do not leave belongings unattended. Since you should always carry a photocopy of the passport, and the passport, money and ticket store in a safe place (safe in the hotel).

Environmental legislation of Zanzibar banned the use of plastic bags for packing goods in the shops. Anyone guilty of the manufacture, import or sell plastic bags could be fined up to thousands or pleasing to prison for up to a year. Also not recommended for use, and especially to throw existing plastic bags.

Supply of cities and towns with clean water - a big problem in Tanzania. There are problems with the lighting, so in many hotels as a backup light source can be detected by kerosene lamps.
Posted by Sharon Hall at 2:42 AM