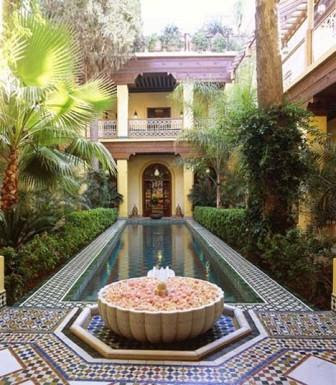 Also known as Casa or Dar el Baida, Casablanca is essentially the capital of Morocco. Any European citizen or traveler will feel right at home here, and will feel an almost instinctive understanding of life in this city. In Casablanca, and around the city there are a lar 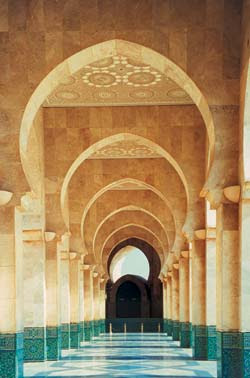 ge number of hotels. Regardless of your budget, you can find good housing and noted that this is an excellent place to provide an outstanding colorful cuisine.


Casablanca was founded as a town in 1906 with a popu 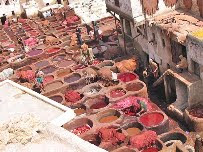 lation of 20 000 people. Later in 1907, when the French took possession of the territories, Fez became their commercial center, while Tangier was reorganized into the main harbor. The French were soon driven from this land, and had to find a new port, and remained the Moroccan city of Tangier. Since then, many things changed. Now with a population of more than 3 million, Casablanca resembles the South European city.

Bazaars and markets - the main features colorful Moroccan life, and they are the biggest temptations in the country.

They can be found everywhere, every town has its own special market. Big cities such as Fez and Marrakech have a maze of individual markets (each nomination on the street or square dedicated to a specific trade), while in rural areas are also hundreds of weekly markets offered on different days in each village area.

In most English-speaking Europeans and Americans Casablanca is associated with the high life, wealth, and adventures. It is here in Casablanca in 1943 passed the famous Casablanca Conference, at which U.S. President Franklin D. Roosevelt, British Prime Minister Winston Churchill and the head of the national committee for the liberation of France in Algeria, de Gaulle discussed plans for military operations against the Allies in Germany 1943 in Casablanca, it was decided to land Allied troops in Sicily and to postpone the opening of 2-second front in northern France ...
That Casablanca chose the place of the same name in black and white Hollywood film director Michael Curtiz.

Interestingly, the original place of Humphrey Bogart's role in this film was supposed to play a young actor Ronald Reagan. The film "Casablanca" was awarded the Oscar for best film of the year for best director and screenplay.

The most interesting for tourists the old part of town - Medina. It remains coloring the eastern city - narrow (three feet, no more) and winding streets, donkeys, harnessed to the cart. Right and left are dozens of little shops with fielded out goods.

In a beautiful old building Mahakma du Pacha, where the Pasha of Casablanca before its done by a court and received his guests, now housed Prefecture one of the seven districts of the city. The decoration of 64 rooms and inside patios are excellent examples of the wealth of traditional decorative art.

And then - the church of Notre Dame de Lourdes, a monumental concrete construction with huge colorful windows.

One of the main attractions of Casablanca is located on the Atlantic coast to the north-west of the medina - the MOSQUEE HASSAN II - the tallest building in the city is built on the shores of the ocean and the second largest in the Muslim world after the mosque in Mecca. This creation of French architect Michel Pinceau. 3300 Masters, using technologies of the XXI century, erected the world's highest minaret (200 meters), set a retractable roof, which for three minutes makes room for prayer in a magnificent terrace. In addition to purely religious significance, the mosque is a cultural center. There is a madrassa, a library, a national museum.