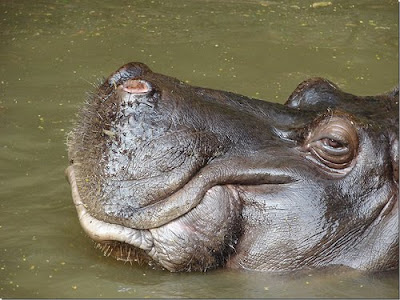 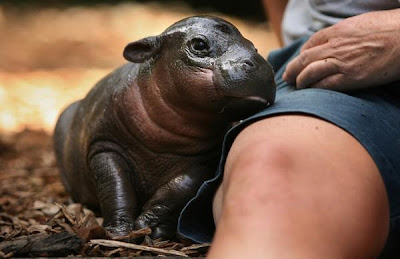 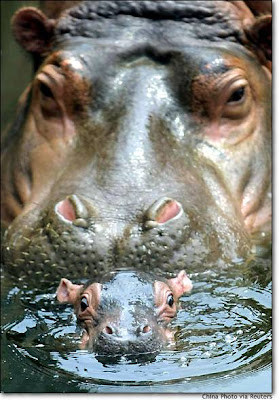 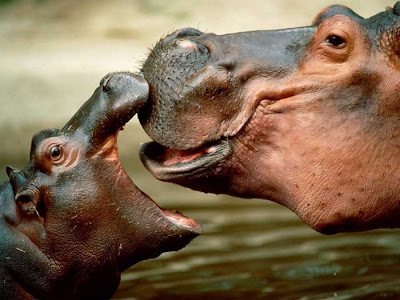 In the Democratic Republic of the Congo (formerly Zaire) is rapidly shrinking the population of hippos. Long-term armed conflicts have caused irreparable harm to the wildlife of this country. According to the WWF (World Wildlife Fund, WWF), the hunting of hippos doing almost everything here, without limitation, soldiers and rebels and poachers. The carcass of the herbivore and can be purchased today for just $ 50, and his teeth are the subject of illegal trade and are valued on a par with ivory. To reduce the population affected by the fact that on the shores of Lake Edward, which is located inside the reserve, had settled thousands of fishermen. The lake is very attractive for Congolese: it is teeming with fish owing to hippos, saturating the water with nutrients.

Aerial view of the Virunga National Park has shown that once the world's largest population of these animals is on the verge of extinction. Virunga park covers an area of ​​about 790 000 hectares and is characterized by an exceptional variety of habitats - from the swamps and steppes to the plains to the savannas and valleys of lava on the slopes of volcanoes. In the tropical forests of the park inhabited by mountain gorillas and Siberian birds come here to winter. In a special study, organized by WWF, the European Union and the Congolese conservation institute, found that in the park there are only 887 hippos, despite the fact that two years ago, there were 1309 individuals. And in 1974, in the rivers in the reserve 29 000 hippos lived.

These animals have long been included in the Red Book of the International Union for Conservation of Nature and Natural Resources, but not cut it does not help. Poachers do not stop even the risk of never returning from the hunt - a wounded hippo becomes very aggressive, attacking his pursuers, and can easily bite a person in half.

Reserves and National Parks - Virunga, Upemba, Garamba, Kahuzi-Biega, Salonga North, South Salonga and others - account for nearly 15% of the Congo. The humid climate of the country's lush jungles to keep alive - the latest in the world of vast tropical forests, inhabited by a variety of wildlife. Only in the Congo, for example, are found okapi - a small forest animals of the family of giraffes, which became a national symbol of the country. In savannas south of the country inhabited by lions, leopards and antelope. Destruction of hippos cause irreparable damage to the local ecological balance of nature.
Posted by Sharon Hall at 5:40 AM