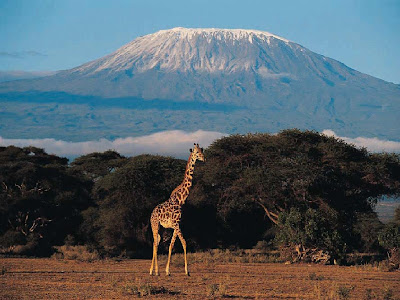 After several years of drought on the highest mountain in Africa, Mount Kilimanjaro volcano is again in the snow. This gives hope for ecologists and tourists, perhaps, in the coming years, that the glacier on top will not melt, as predicted by scientists. Covered in mist most of the day, the volcano is the most popular destination among travelers in Tanzania. Tens of thousands of people come here every year. 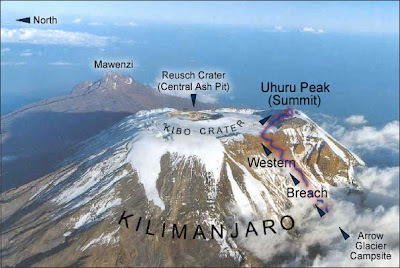 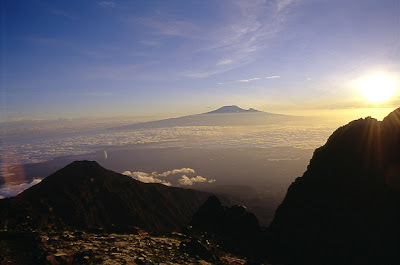 In recent years, snow in some parts of the mountains began to melt. This is due primarily to climate change and global warming. Today experts are worried that the majestic Mount Kilimanjaro will lose its glaciers. The volcano is located just 330 kilometers from the equator.

The Mount represents three detached peaks: Kibo, Shira and Mawenzi. Together they occupy an area of ​​over 4,000 square kilometers. The highest of the peaks is Kibo. Its height - 5895 meters. Scientists predict that unless urgent measures are not taken, the snow would melt on the Kibo at 2018.
Posted by Sharon Hall at 4:04 AM